Whenever you feel that your computer is running slow then you can simply shut all the operations and run your Ccleaner once, so that it can erase the data which is stuck up in your PC’s RAM and obstructing it and then simply Restart your machine. 🙂

You might wonder how a simple restart of the computer would work, but there is a technical point here – starting a computer or laptop is considered as booting and during boot, a small program runs which would initiate the hardware parts to function along with the operating system, so that the process which the user requires are functioning properly.

While sometimes, if any technical glitches arise and due to some issue, the operating system is unable to utilize the hardware available effectively, then the operation which relies on that particular hardware would result in waiting for that hardware and result in lagging of the machine. Restarting the machine would reboot the machine and try to re-initialize all the existing connections between hardware and operating system software from beginning. This way, as all the hardware is in sync with the OS, it will not lag your system anymore and start to function normally. 🙂

So, this is the trick which every one of us follows, but not everyone is aware of the reason behind it. So If your PC is not regaining its shape after restarting, then you have to use some of the other techniques which we have discussed. 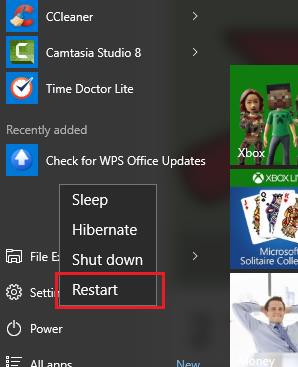 Please check Page 4 for the next tricks!

He is from Andhra Pradesh, India. With studies, he loves to blog every day with his laptop. He likes computer and other related stuff a lot and he is a great music lover. You can catch him on:  Facebook, Instagram, LinkedIn

4 thoughts on “Now make your Computer/Laptop faster with these cool tricks!”